Sports are evolving, and it’s safe to say that they have been for a while. As humans have progressed throughout history, so too has the efficiency and styles of play within sports. This has been a hot topic for the NFL and NBA for years. The same is also true for the NHL.

“The game is so much faster, the quality of shot is a lot greater, and the commitment of players defensively is a lot different than when we played, so I think their job is a lot harder than we had,” Brian Brodeur, former goalie and current NBC Sports Analysts said. “It’s a lot more demanding than it used to be.”

Enabling the rapid growth further in the sport is the new movement. As different styles of skating, attacking and handling the puck are made more prominent, these changes will be most felt in the relative youth. They are not adapting to new styles, these have largely been groomed as their own.

Similar to leagues like the NFL, the old heads who are most talented are also evolving just fine. Tom Brady just led the league in passing yards this season and is the reigning Super Bowl winning quarterback. Likewise, Alex Ovechkin, the 36 year old Washington Capitals legend is currently leading the league in both goals and points.

The Great Eight has displayed dominance throughout his career, and similar to Tom Brady in the NFL, he has not shown many signs of slowing down.

One particular stylistic change that aids Ovi and his contemporaries is the availability of more offensive-minded defensemen. This leads to the game leaning towards a less physical style of attack. Blocked shot rates and hit rates for blue-liners are at some of their lowest levels in more than a decade, which is leading to more offensive players cherry-picking themselves in front of the net and having more shots making it to the goaltender.

These changes are well received for the NHL and their fans. The games will generally be more exciting and legends like Alexander Ovechkin will be able to play longer. Ovi is 138 goals shy of Wayne Gretzky’s record and if this trend continues, we may see him challenge The Great One’s mark of 894 goals. Former Capitals, and current Canucks coach Bruce Boudreau has said,

“He’s going to play until he does break it, I can tell you that much.”

What could be the reason for the scoring increase in the NHL?

Sports are evolving, and it’s safe to say that they have been for a while. As humans have progressed throughout history, so too has the efficiency […]
Do you like it?0
0 Read more 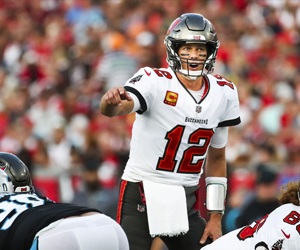 Will Brady get an 8th?

The Divisional Round of the NFL Playoffs is around the corner and many are wondering whether Tom Brady can lead the Tampa Bay Buccaneers to back-to-back […]
Do you like it?0
0 Read more 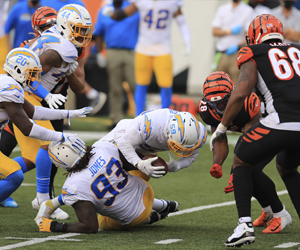 The battle of the sophomore quarterbacks is going down this Sunday. Justin Herbert and the 6-5 Los Angeles Chargers will be facing Joe Burrow and the […]
Do you like it?0
0 Read more 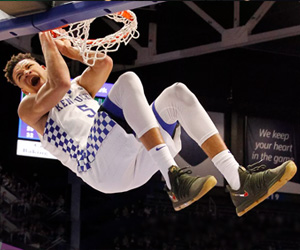