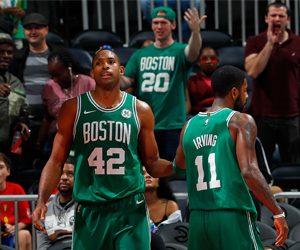 The NBA Western Conference gets all the love, and rightful so. The West boasts the best teams and the best players, especially after many Eastern Conference stars – like Paul George and Jimmy Butler – migrated to new Western homes this past offseason.
However, if you ask a NBA bettors, they’ll tell you the Eastern Conference is where it’s at – “it” being basketball betting profits. The Top 5 NBA teams against the spread all reside in the East, posting a collective 82-43-3 ATS record – covering the spread at a collective 65.6 percent clip.
Let’s take a closer look at some online sports handicapping and why the East is nowhere near the least when it comes to betting on NBA odds:
Boston Celtics (22-5 SU, 19-7-1 ATS)
We start at the top of the Eastern Conference standings – and NBA overall standings – where the Boston Celtics have been red hot to start the schedule. At nearly two months in, the Celtics have only lost five games outright despite losing star forward and big offseason addition Gordon Hayward to a gruesome leg injury in the opening game of the season. Defense is getting the job done for Boston backers, with the team allowing only 97.5 points against per game – tops in the NBA. However, the more the Celtics win the beefier the spreads get, and we’re starting to see the C’s come up short against the spread.
Detroit Pistons (14-11 SU, 16-7-2 ATS)
The Pistons were strong out of the gate but have seen that momentum slow in recent outings, losing five straight contests while going 2-2-1 ATS in that skid. Detroit is another Eastern Conference member relying on defense to get the job done, giving up just under 103 points per night. The Pistons have also earned their money on the boards, sitting among the top rebounding teams in the league. Detroit pulls down an average of almost 11 offensive rebounds  and the team is fifth in extra scoring chances per game.
Brooklyn Nets (10-15 SU, 16-9 ATS)
Some of the worst teams make for the best bets. The Nets are a perfect example, getting a handful of points each and every night. Brooklyn has been an underdog in 19 of its 25 games, going 6-13 SU but 13-6 ATS when getting the points. The Nets are terrible on defense, allowing more than 111 points against per outing. They counter that with a surprisingly potent offense, averaging 108.6 points despite a lack of true star power. Brooklyn plays a frantic pace, ranked third in the NBA in terms of tempo and points per possession.
Indiana Pacers (15-11 SU, 16-10 ATS)
When star forward Paul George was traded to the Oklahoma City Thunder, Pacers fans knew it would be a long road back to the top of the Eastern Conference. The rebuild, however, seems to be taking a little less time with Indiana holding its own in the East. Taking George out of the offense surprisingly has made a blip in production, with the Pacers putting up 108.3 points per game – seventh in the NBA. Much of that scoring success is coming behind the arc, where Indiana is knocking down looks at a 39.5 percent clip.
Philadelphia 76ers (13-12 SU, 15-10 ATS)
After two seasons to sneakily being the best bet in the NBA, the public has caught on to the Sixers success against the spread and has sucked a lot out of the value out of Philadelphia. This young group of high draft picks is starting to come together, scoring almost 108 points a night while going toe-to-toe with some of the big-name teams already this season. This have gotten a little bumpy for the 76ers, who enter Sunday on a three-game losing skid and have managed to cover just once in its last seven outings. 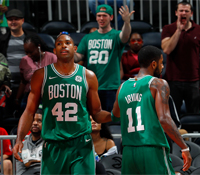 The NBA Western Conference gets all the love, and rightful so. The West boasts the best teams and the best players, especially after many Eastern Conference […]
Do you like it?0
0 Read more 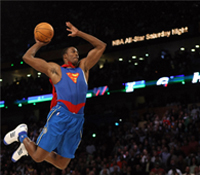 Wins and losses mean little to basketball bettors. All we really want to know in sports betting handicapping is can the team cover the pointspread? These NBA teams […]
Do you like it?0
0 Read more 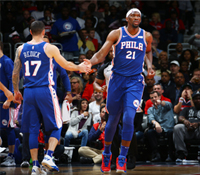 NBA teams have roughly 20 games under their belts – give or take – and basketball bettors have a pretty solid idea of which teams can […]
Do you like it?0
0 Read more 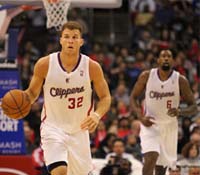 The 2017-18 NBA season is not even two weeks old, but there are some early-season trends popping up that basketball bettors should keep an eye on […]
Do you like it?0
0 Read more
Prev page
12345678
Next page