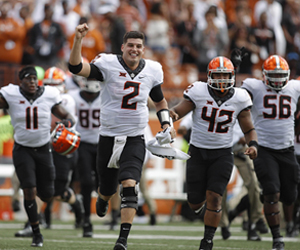 Last weekend college football slate was delivered in a BIG way. We had the honor of watching 3 of the best games all season back to back to back. Oklahoma State and TCU delivered a shootout in Overtime.

The nightcap gave us Utah defeating USC. The Afternoon gave us an all-time match-up between Alabama and Tennessee.

Those three games will go a long way in deciding the rest of the college football season. Thankfully, we get another set of games this week that will hopefully deliver.

First, we have an undefeated match-up in the ACC with Syracuse traveling to perennial power Clemson. The Tigers have been steady this season. Their defensive line can be dominant and could take over this game.

DJ Uiagalelei has grown up in the last few weeks and looks to e a guy who can get it done. Syracuse has had a weak schedule outside of beating Purdue at home. Should be a fun game, with Clemson taking it home.

After last week’s Oklahoma State and TCU games, the Cowboys are hosting Texas. This game will go a long way to determining the second team in the Big 12 championship.

Oklahoma State QB Spencer Sanders may not be ready to go, so that would lean toward a Texas victory. Texas looks to be better this year than they have in recent memory, but they have 2 losses on the year. Ok, State is usually strong at home, but Texas has won 3 straight and looks to have a potential NFL QB in Quinn Ewers.

The Bigger game in the BIG 12 is Kansas State heading to TCU. The Horned Frogs are the best offense in the conference, and Kansas State brings the best defense. Max Duggan and TCU have been explosive and are coming off a great win at Oklahoma State. If TCU gets through this one, they should be favored the rest of the way and are in the driver’s seat for the Big 12 championship.

Alabama gets to face off against Mississippi State this weekend. The Tide played an exceptional offensive game last week, but their defense and discipline got in the way again. Mississippi State is coming off a defeat against Kentucky at home. Nick Saban is going to be all over his team this week in practice.

A rare weekend when the Pac-12 is the star of the show… Undefeated UCLA heads to Oregon to take on the one-loss Ducks Chip Kelly and the Bruins are running the ball down your throat with Zach Charbonnet and QB Dorian Thompson-Robinson. If UCLA can get past this test, a trip to the playoff is on the table.

Click here to see the pick on your profile!

The SportsBettingHandicapper simulation model, which simulates every College Football game thousands’ of times, is up +47.65 units over the last three years. We have released 520 total games with 284 WINS and 236 losses ATS for a win % of 54.62%. A $100 bettor of our NCAAF would have netted a profit of $4,765 and, a $1,000 bettor would have won $47,650 just on NCAAF. We have released only a small number of coleege football games so far this season.

Last weekend college football slate was delivered in a BIG way. We had the honor of watching 3 of the best games all season back […]
Do you like it?0
0 Read more 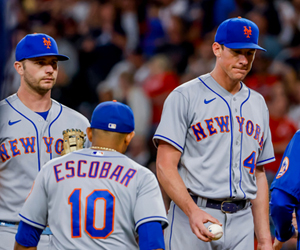 The MLB season is coming to an end, but the baseball gods did keep one division race open for us. Without the NL East, the […]
Do you like it?0
0 Read more 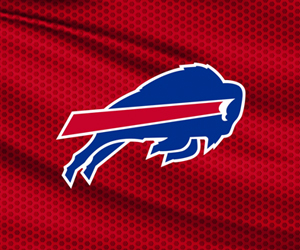 It is no secret that the Buffalo Bills are the top team in the NFL right now. They have all the makings of a Super […]
Do you like it?0
0 Read more 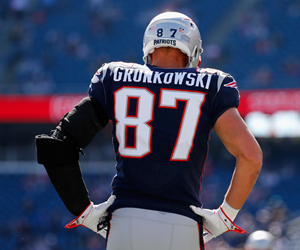 Will Rob Gronkowski return to the NFL this season?

Even with Rob Gronkowski’s latest assertion that he would not return to the NFL, when it comes to Gronk (and even TB-12 himself) — […]
Do you like it?0
0 Read more
Prev page
12