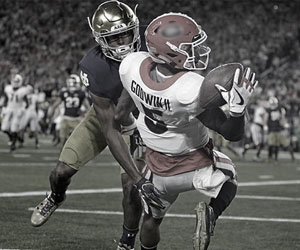 The college football bowl schedule is set with three weeks of big game betting action, leading up to the New Year’s Day bowls and CFP National Championship. If you’re betting on the bowl games this December here are some ncaa football betting lines – before those January 1 showcases – to circle on your calendar.

New Era Pinstripe Bowl: Miami vs. Wisconsin (+4, 47)
Nothing says bowl season like football being played in the baseball stadium. The Hurricanes and Badgers will battle in the Bronx, with books setting Miami as a 4-point favorite in Yankee Stadium. The Hurricanes fell short of expectations in the ACC this season but did managed to pull out of a mid-season tail spin in time to score wins over Virginia Tech and Pitt.

Wisconsin was lost in the sauce of the Big Ten, falling to Michigan, Northwestern and Penn State. The Badgers do have the best player on the field in running back Jonathan Taylor, who amassed almost 2,000 yards rushing. Taylor faces a Canes defense allowing only 3.1 yards per attempt on the ground this season – among the Top 25 run defenses in the country.

Camping World Bowl: West Virginia vs. Syracuse (+7, 75)
West Virginia had CFP aspirations until late into the season, dropping two straight losses to Oklahoma State and Oklahoma to end the year. The Mountaineers have a tremendous quarterback in Will Grier, who can up his draft stock with a strong showing in Orlando on December 28. West Virginia produces more than 42 points per game, which is why this total is at 75 points.

The Orange have a steady arm of their own under center this bowl season. Syracuse QB Eric Dungey led a SU attack that scored nearly 41 points per outing. The Orange defense remains the soft spot of this programs, allowing 263 passing yards per game – 111th in the country. There will be plenty of fireworks in this bowl game.

Alamo Bowl: Iowa State vs. Washington State (-4, 54.5)
Washington State actually opened as a 6-point favorite for this December 28 bowl game, but action on the Cyclones has slimmed this spread by two points and it wouldn’t surprise many football bettors to see it get closer to a field goal. The Cougars could be in letdown mode after losing to rival Washington in the Apple Cup and missing out a chance to play for the Pac-12 title.

Iowa State started 2018 on a 1-4 skid but turned it up for a 7-1 record in its last eight games. The Cyclones have two incredible talents on offense in running back David Montgomery and receiver Hakeem Butler, making it very tough to game plan for this ISU offense. Iowa State also has a solid defense which limited four of its last five opponents to 24 points or less. The total for this matchup in San Antonio is set at a modest 54.5 points. 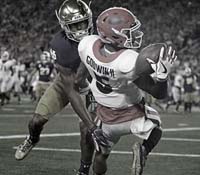 The college football bowl schedule is set with three weeks of big game betting action, leading up to the New Year’s Day bowls and CFP National […]
Do you like it?0
0 Read more 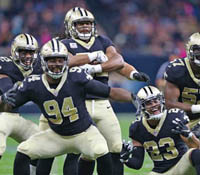 Just get there. That’s the motto when it comes to the NFL playoffs. Once you qualify for the postseason, anything can happen – just ask the […]
Do you like it?0
0 Read more 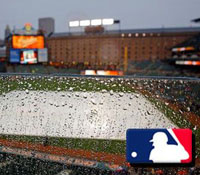 Time flies when you’re having fun. And whether you’re beating the daily MLB betting odds or not, it’s tough to imagine that we’re already midway through […]
Do you like it?0
0 Read more 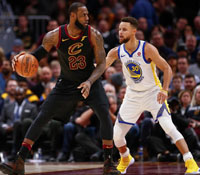