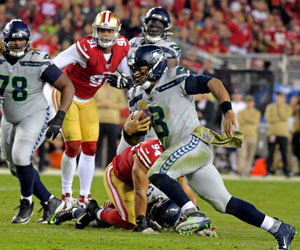 The final game of the 2019 NFL regular season is an NFC West showdown on Sunday Night Football that will decide the No. 1 seed in the conference. The San Francisco 49ers hit the road to play the Seattle Seahawks, with books opening the 49ers as 2-point favorites in CenturyLink Field and early action on the chalk moving that spread to -3.

If you’re betting on the NFL odds for San Francisco at Seattle in Week 17, here are some handicapping tips to factor Sunday night.

Broken wings
The Seahawks limp into the season finale with injuries up and down the roster. Seattle was already missing some important players on the defensive side of the ball but following the Week 16 loss to Arizona, the team’s rushing attack is down it’s top two running backs.

Chris Carson and CJ Prosise are out for the season, forcing Seattle to dig deep into the free agent ranks right before this huge game with San Francisco. The Seahawks went with two familiar faces to fill that gap, signing former running backs Robert Turbin and Marshawn Lynch.

The Seattle offense is greatly dependent on the run game, handing off on over 46% of their snaps this season. The Seahawks average 4.6 yards per carry on the year, which is eighth best in the NFL, and have used that ground attack to hold on to the football for an average time of possession of 30:36 per game.

Without a proven rushing threat in Week 17, expect the Niners defense to blitz Russell Wilson on almost every snap. San Francisco sits fifth in the NFL with 47 sacks on the season and owns the top passing defense, giving up only 166 yards through the air per game.

Fools gold
While the 49ers defense does have the advantage Sunday night, don’t discount the Seahawks just yet. San Francisco’s once-vaunted stop unit has shown some major cracks in recent weeks, allowing their last three opponents to score 106 total points.

San Francisco was allowing just 15 points per contest before this three-game stretch – in which the 49ers are 2-1 SU but 1-2 ATS and winning those two games by a collective five points – but have been blown over for more than 35 points per game from Weeks 14 to 16.

A number of injuries left the 49ers defense soft in all segments, with bodies missing in the front seven as well as the secondary. Some of those players returned in Week 16 while so are questionable for Sunday Night Football.

The Seahawks rushing attack may be in shambles, but Wilson is always a threat to strike through the air. He has this passing game picking up 238 yards per game and sits sixth in the NFL in yards per pass attempt at 8.1. Seattle can also explode for big plays, 54 passing plays of 20 or more and 10 passes of 40+.

Total time
The Over/Under betting total for Sunday Night Football is at 47 yards. Both NFC West rivals are 8-7 Over/Under on the season, with the 49ers going 3-4 Over/Under as the road team and the Seahawks posting a 4-3 O/U record as the hosts.

These rivals went over the total of 47 points in a 27-24 overtime win for Seattle in San Francisco back in Week 10 and have topped the betting total in six of their last eight head-to-head matchups overall.

The final game of the 2019 NFL regular season is an NFC West showdown on Sunday Night Football that will decide the No. 1 seed in […]
Do you like it?0
0 Read more 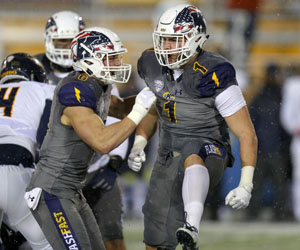 The college football postseason kicks off this week with the start of 40 bowl games kicking off Friday night. Bowl season eases us into the action, […]
Do you like it?0
0 Read more 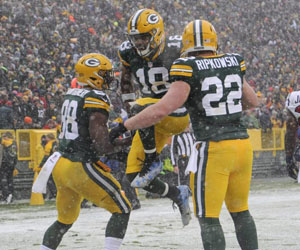 With December here it’s beginning to look a lot like Christmas, but not in a good way. Football bettors face one of the most unpredictable times […]
Do you like it?0
0 Read more 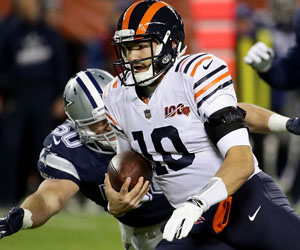