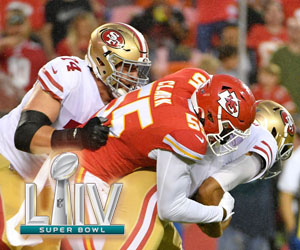 There a few achievements greater than scoring a touchdown in the Super Bowl, and with plenty of offensive weapons (and some opportunistic defensive ones) headlining the rosters for the Kansas City Chiefs and San Francisco 49ers, the prop markets are those Big Game scores are ripe with betting value.

The first touchdown scorer odds and props on anytime touchdown scorer are two of the most popular Super Bowl odds markets heading into the big game on Feb. 2. We take a look at the online odds calculator favorites to find pay dirt in Miami.

Raheem Mostert, San Francisco RB (First TD +800/Anytime TD -160)
In a rare spot, the Super Bowl underdog has the favorite in both touchdown markets, with Mostert the popular pick after scoring four touchdowns against Green Bay in the NFC Championship Game. The running back has had a nose for the endzone in recent games, closing the regular season with eight total touchdowns in the final six regular season contests. San Francisco does have a number of red-zone options but if the 49ers do get inside the Chiefs’ 20-yard line, expect Kyle Shanahan to give Mostert a crack at six points.

Damien Williams, Kansas City RB (First TD +900, Anytime TD -125)
Williams is the second overall favorite in the touchdown anytime markets but sits fourth in the first touchdown odds. The Chiefs rushing attack isn’t as steady as the 49ers but Williams is a threat on the ground and through the air. He has four touchdowns already in the postseason but with Kansas City falling behind early in both of its postseason games, his first TD scorer odds reflect that playoff trend. Williams has eight rushing scores and three receiving touchdowns in the regular season and postseason combined but San Francisco allowed only nine total touchdowns to running backs all year.

Tyreek Hill, Kansas City WR (First TD +800, Anytime TD +100)
Hill is a big-play threat for the Chiefs passing game, scoring nine touchdowns for Kansas City including two in the AFC Championship Game. The Chiefs No. 1 option will draw the attention of San Francisco’s stingy secondary and could be a problem for aging DBs like Richard Sherman, who is great against physical receivers but could get burned by Hill’s speed. The 49ers did rank as the top passing defense in the NFL and allowed just 17 touchdown receptions and only 34 passing plays of 20 or more yards – the kind of plays that Hill has built his career around.

George Kittle, San Francisco TE (First TD +900, Anytime TD +120)
Speaking of big plays, Kittle has cut his teeth in the pros by shocking rival secondaries with his speed after the catch. The tight end had just five touchdowns in the regular season and has yet to score in the playoffs, serving more of a run blocking role for the 49ers’ ground-centric attack. However, the San Francisco defense is fantastic at getting quick pressure on opposing passers and Kittle will serve as a safety blanket for quarterback Patrick Mahomes in those moments of distress. He could get plenty of touches and is a big red-zone target at 6-foot-4 and 250 pounds.

There a few achievements greater than scoring a touchdown in the Super Bowl, and with plenty of offensive weapons (and some opportunistic defensive ones) headlining the […]
Do you like it?0
0 Read more 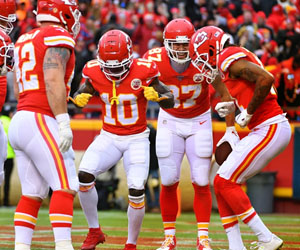 The biggest betting day of the year is set with the Kansas City Chiefs facing off against the San Francisco 49ers in Super Bowl LIV on […]
Do you like it?0
0 Read more 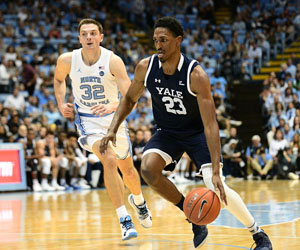 College basketball is picking up the pace as teams roll through conference play and with football slowing down, more and more sports bettors are taking a […]
Do you like it?0
0 Read more 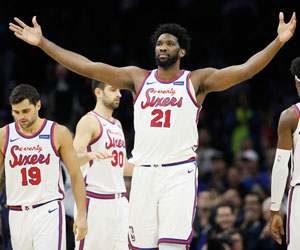